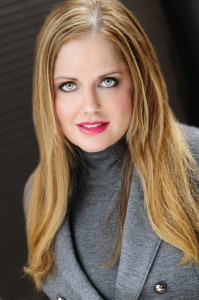 Tracy A. Cinocca, P.C. brings in-depth legal and business experience to her clients locally and nationwide. The combination of her education and experience assures clients that their legal matters will be handled by an attorney who has an understanding and knowledge of a wide range of factors.

Ms. Cinocca’s education includes a law degree from the University of Tulsa (1997), an MBA from Oklahoma City University (1994), and a BA from the University of Oklahoma (1993). She has a strong educational foundation in mathematics and sciences from Villanova University, located in Philadelphia, Pennsylvania, where she majored in Physics. While obtaining her MBA as a full time student, Ms. Cinocca worked full time in purchasing at a major manufacturer of heat pumps, dealing in contract negotiation and acquisitions. Many business clients find her background helpful to understanding their manufacturing, engineering, services or other products at legal issue.

Ms. Cinocca was born and raised in Tulsa, Oklahoma. Through a rigorous curriculum at Holland Hall and Union High Schools she completed her course requirements in three years. As the recipient of a writing scholarship she attended Villanova University. She is the author of Careers in Law, published by Barron’s Educational Series, Inc. in 2001 and “The Need for a Family Decision Making Statute in Oklahoma” published in the Oklahoma Bar Journal in 1998. Her experience includes working as a legal research assistant for three years, a personal injury litigation associate, and associate for a large firm primarily engaged in business and corporate matters, for a total of 22 years of experience in the legal field. She practiced primarily in Oklahoma County during the first two years of her career, until she opened her own practice and returned to her native town of Tulsa, Oklahoma in 2000. 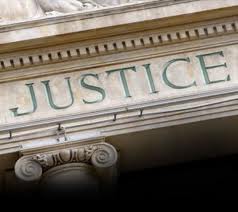 Ms. Cinocca is a community conscience minded individual, locally and nationally. She believes in justice and the ideals of the founders of the United States Constitution. Her firm represents a delicate balance of individual and consumer interests with those of business owners. As an undergraduate of the University of Oklahoma, she lobbied extensively at the state capital, and served on several committees of the University of Oklahoma Student Government Association. She worked the summer of 1992 in Washington, D.C. in the United States House of Representatives. At the House of Representatives, she conducted research on a wide variety of issues including the Family Medical Leave Act, prior to its passage, for the Chair of the Energy & Commerce Committee. During her career she has assisted in the formation of several local campaign plans and legal issues that result during elections and ballot initiative petition drives. 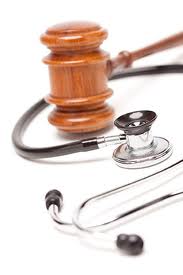 As a Tulsa business lawyer, Tracy A. Cinocca, P.C., promotes representation for contract formation of business deals before they happen, instead of afterwards in litigation. Written agreements should clearly express the parties’ terms and conditions and identify and resolve possible future contingencies. 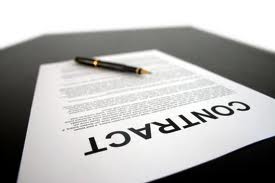 Though many business owners may prefer doing business on a handshake or with a quickly penned agreement, they realize their error when it is too late. Though no one may want to be in a lawsuit, they are virtually inevitable for any long-term business. Having effective legal assistance before making a deal minimizes the likelihood of a lawsuit and maximizes your chances of a favorable outcome in the event of litigation. Without the help of an attorney, a broken promise can cost you far more in the long run in damages, lost business, sales, and profits than the legal fees in the beginning. Part of the contract formation process is also educating the owners and/or managers of the Company.  Whether you need legal assistance before the deal is made or afterwards, contact Tracy A. Cinocca so she can help you.

As a Tulsa family law and divorce attorney, Ms. Cinocca cautions parties that issues presented can be very fact specific in courts of equity. The Courts are continuously challenged by disputing parties involved in the highly emotional and many times financially devastating consequences of divorce.  Attorney fees can be very expensive with uncertain results.

First, Ms. Cinocca always discusses and encourages the possibility of an agreed divorce. This is especially important and generally desirable if children are involved. In order to promote and further this aim, she offers two consultations and the preparation of agreed divorce documents at a preferred rate. Second, if this is not possible, then the obstacles are discussed and a litigation plan is formed that considers the client’s individual objectives and budget. Sometimes a settlement is not possible, and when it is not, Ms. Cinocca is fully prepared, willing and able to try your case. Most of Ms. Cinocca’s Tulsa family law trial experience involves hotly contested custody matters and property division, usually involving business owners. Her business understanding and experience is especially valuable in divorces involving family-owned businesses. Whether you need legal assistance with a hotly contested divorce or an agreed one, contact Tracy A. Cinocca so she can help you.

As a Tulsa personal injury lawyer in Oklahoma, Ms. Cinocca can represent you in your claims against another, who has wrongfully injured you or a loved one. Ms. Cinocca is committed to obtaining a reasonable settlement of your claims. If the negligent party, or his insurer, is unwilling to reasonably resolve your claims, then Ms. Cinocca will pursue the matter to trial. 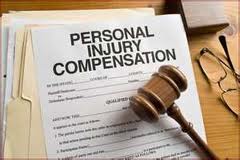 Ms. Cinocca recognizes that most people really do not want to be involved in a lawsuit. However, increasing health care costs make many lawsuits necessary. Most difficult is that at jury trial the ability of insurance coverage to pay your medical costs cannot be mentioned. Dealing with insurance adjusters can be difficult.

Ms. Cinocca never represents insurance companies. She represents individuals and businesses directly. Whether you need legal assistance as an individual against another or as a business defending a lawsuit, contact Tracy A. Cinocca so she can help you.